0
was successfully added to your cart.

Letizia Galli began her career as an architect before creating a series of gorgeous comics adapted from the great works of theatre and opera for the Corriere dei Piccoli (“Children’s Courier”). After commencing this work in her country of origin, she was published in numerous books, either as an illustrator or writer-illustrator, mainly in Spain, the United States, Germany and France.

Her main source of inspiration is the artistic patrimony of Italy, dear to her Tuscan childhood and, on her own or together with Monica Sangberg or the screenwriter Laura Fischa, Letizia Galli created books bursting with both wisdom and imagination that open up to children the artistic universe of Leonardo da Vinci or Michelangelo (Mona Lisa: the secret of the smile, 1996 and Michael the Angel, 1993), the films of Fellini to whom an illustrated book is dedicated (Il Sogno di Federico, Premio Encres et Argent, 1994), of historical figures such as Christopher Columbus (All Pigs on Deck, 1991), the characters of the Commedia dell’Arte (Harlequin and the Green Dress, 1994 – Des Lires, 2003), the Greek-Roman myths (Premio Octogone, 1991) and the Bible (72 episodes of a television series, 1987-1988, then books translated into 27 languages).

A great admirer of the Russian avant-garde but also of pop art, of Rauschenberg and Rosenquist, she assimilates these different aesthetic inspirations, making them her own in certain illustrated figures in books that have children of our time as heroes, such as the little beggar of the Moscow Metro (His name is Igor, Premio Octog, 1998 – two prizes in Germany), the budding rapper (Le Rythme de la rue, 1997), the young African intrigued by the mysteries of parallel worlds (Comme le papillon, 2000), or the valiant Latin American Alice-Dora who manages to overcome her phobias (La Folle Equipée, 2005).

In 2008, Letizia Galli created a series of small alterglobalist titles published in Italy and Spain by Benetton.

An ambitious universe, with a great wealth of images enlivened by a real cultural need, inspired by generous feelings without soppy distortions, where love for music and art occupies a place of paramount importance. 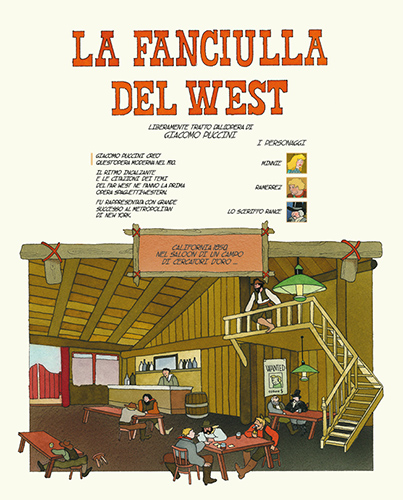 The artist Letizia Galli donated her entire body of work through to 2010, totalling 2906 originals, to the Museum of illustration of illustration, the MIJ.

Founded in 2005, the MIJ is located in the town of Moulins sur Allier, a two-hour train ride from Paris, and is housed in a beautiful 17th-century “hotel particulier”, the Hotel de Mora.

Featuring a state-of-the-art museum equipped to preserve the original designs, it is practically the only museum dedicated to generalist illustration in Europe. Its missions are to collect donations or purchase original drawings, to make the general public familiar with illustration through exhibitions that last 6 months, to organise workshops and master classes, and render the archives and library available to specialists.

I was born in Florence. I have an older sister, my father was a university professor and my mother stayed at home.

Some health problems kept me away from the first few years of elementary school, which I was able to resume later, to my great joy.

At school, I was interested in many things – it was my window on the world. I still remember the smell of my classroom, of the snack breaks and especially those of certain teachers. Being so occupied scrutinising everything around me, during the lesson times I was often distracted and was thus naturally punished for my lack of diligence. When the school bell rang, the two blocks that separated school from home offered me the opportunity to make new discoveries, which meant a daily clip around the ear for arriving late for lunch! At the age of nine, I fell in love with a classmate, which worsened my distraction. I remember this period emotion so clearly. It was the same I felt, accompanied by my beloved grandmother, watching the films of Gregory Peck at the Fulgor cinema. Gregory Peck, a fictional character, would make me swoon, something my grandmother found quite endearing.

Soon my absences from school became increasingly frequent, as I would stop along the way to draw everything I saw – churches, houses and people – in little books. As a child, I had played with cards depicting images of paintings and figures by the great Florentine artists. It was exhilarating and surprising to find everything I had seen so long ago on the cards here right before my very eyes. Was this a premonitory sign of what I would end up doing later on?

I had slowly become a very bad student, ignorant of the topics studied, often absent and a dedicated daydreamer from atop Giotto’s bell tower. I was very resourceful and sold my textbooks to buy pencils, brushes and colours. I had developed the habit, which I still have now, of speaking slowly during the oral exams in the classroom, to take as much advantage as possible of the suggestions whispered to me by my generous companions.

Unbeknownst to my parents, during the last years of high school I took some painting courses at the Accademia di Belle Arti in Florence, which I paid for with the sale of my school books. But unfortunately, my family did not allow me to enrol in the academy after high school.

At that time, in the small Guggenheim museum in Venice, I came upon the first works of pop art, which struck me greatly and opened the doors of modern art.

Without a doubt, this discovery greatly influenced my work in the years to come.

The next years were spent at the Faculty of Architecture, where I was happy as I was allowed to draw with Chinese ink and to sculpt, getting through the rest of the subjects that I did not care about, limiting myself to learning them off by heart. At that time, I dreamed of becoming sculptor and at the age of 22, I won third prize, and also my first earnings, in a national sculpture competition announced by the major company in the Italian steel industry at the time, “Dalmine”.

After completing my degree in architecture, with a thesis entitled “The Imprint of Femininity on Architecture”, I taught drawing to a class of very lovely and unruly children on the outskirts of Florence. We went around the countryside, we became acquainted with the flowers, the plants and the trees and I a lot of time being the referee for football games organised by my pupils.

I did not go very far in my career as an architect, given that it bored me so much, nor in that as a sculptor, because I did not have the means, nor as a teacher. At the age of thirty, a shimmering star guided me along the proper pathway: I left Florence, architecture and everything else behind and I moved to Milan, looking for a better fate. At that time, Milan was a prosperous and modern city that gave me the fabulous opportunity to become an established designer in different sectors. I published my first children’s book in 1975 and followed this direction by publishing other books in Spain, Italy and France. The subsequent years were just as formidable and I was able to work with real enthusiasm for television (Il Granracconto), in advertising and for publications.

In 1990, I left Milan for Paris, which I had always dreamed of doing. This choice gave me many opportunities and from that moment forth, I have been exclusively dedicated to children’s books.

Fortunately, my published books have been a great success internationally, which allowed me, amongst other things, to work directly with the United States, where I have published seven books.

The diversity of subjects and topics in my books has led me, in recent years, to undertake research that continues to evolve on the basis of my inspiration.

So in “Le Rythme de la Rue”, I used oil painting, in “His Name is Igor” – immersed as I was in discovering the world and art of Russia – I used tempera and acrylics, underlining the reference to the Russian constructivist language, which I still love so much.

Finally, “La Folle Equipée” pays heart-felt tribute to the latest works in the history of modern art, to New York pop art, with a greater focus on the flat and less textural tones, along with a nod to my favourite painters.

To conclude this long autobiography, the pleasure of drawing and the feeling of never being bored is still very much alive and intense in my daily life.

Perhaps – with me being of a volatile and transient zodiac sign made of air and water – drawing manages to transport me somewhere else?

A Fabrice Beau film, with theme, screenplay and images by Letizia Galli, animation by Francesca Capellini, produced by the MIJ museum (Musée de l’illustration Jeunesse), patrimony of the General Council of Allier (France).

The idea of an exhibition accompanied by numerous concurrent initiatives was born from a visit by the artist Letizia Galli to the Istituto degli Innocenti in Florence.

We use cookies to ensure that we give you the best experience on our website. If you continue to browse we will assume that you agree their use.AgreeCookie Policy